The government of India has introduced a Public Procurement Policy for Micro and Small Enterprises Order, 2012 which was notified under MSMED Act 2006 effective from April 1, 2012.Under this policy, PSUs and Central Government Ministries are expected to procure at least 20% of their total annual value of goods or services from MSEs

The government of India has introduced a Public Procurement Policy for Micro and Small Enterprises Order, 2012 which was notified under MSMED Act 2006 effective from April 1, 2012.Under this policy, PSUs and Central Government Ministries are expected to procure at least 25% of their total annual value of goods or services from MSEs which became mandatory from April 1, 2015. Further 4% of those 25% are to be procured from MSEs owned by enterprises belonging to SCs and STs. The objective of this policy is to promote MSEs by enhancing their competitiveness through

Increased share of supplies of MSEs to Government, Ministries/Departments, their aided institutions and PSUs.

PHDCCI facilitates its MSME member units to participate in the above MSME procurement policy by way of following:

Registration with government authorities including NSIC/DICs.

Registration with GeM for supplying to government.

Helping MSMis to participate in such tenders. 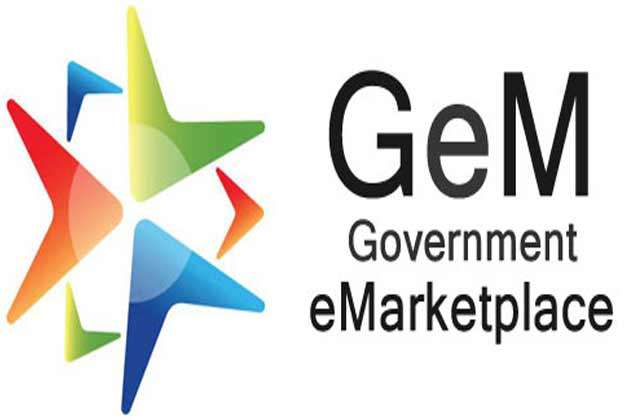 In ahead with this move, GeM is an initiative taken and implemented by the Government of India with the help of an idea introduced by our PM Mr. Narendra Modi.

It aims to enhance transparency, efficiency and speed in public procurement. It provides the tools of e-bidding, reverse e-auction and demand aggregation to facilitate the government users, achieve the best value for their money.

It helps to reduce the time of procurement by bringing in complete transparency in the procurement process.

It helps in getting and making available both the buyers and suppliers , the products at right point of time, place , Price from Right Source with Right Quality and Quantity.

Continued use of GeM is likely to have a profound impact on not only the way the Government makes bulk purchases but also the underlying Governance function itself.

Right Product , No scope of adulteration

Complete Transparency in the entire process from identifying till attaining

Increased share of supplies of MSEs to Government, Ministries/Departments, their aided institutions and PSUs.

MSEFC of the State after examining the case filed by MSE unit will issue directions to the buyer unit for payment of due amount along with interest as per the provisions under the MSMED Act 2006.

Any Micro or small enterprise having valid Udyog Aadhar(UAM) can apply.

The buyer is liable to pay compound interest with the monthly rests to the supplier on the amount at the three times of the bank rate notified by RBI in case he does not make payment to the supplier for his supplies of goods or services within 45 days of the acceptance of the goods/service rendered. (Section 16)

All States/UTs have notified Authority for Filing Entrepreneur's Memorandum, 33 States/UTs (i.e. except Arunachal Pradesh, Assam and Manipur) have Notified rules of MSEFC and all the 36 States/UTs have constituted MSEFCs, as per provisions laid down under MSMED Act 2006.

Every reference made to MSEFC shall be decided within a period of ninety days from the date of making such a reference as per provisions laid in the Act.

If the Appellant (not being the supplier) wants to file an appeal, no application for setting aside any decree or award by the MSEFC shall be entertained by any court unless the appellant (not being supplier) has deposited with it, the 75% of the award amount. (Section 19)

The provisions under the Act are implemented by MSEFC chaired by Director of Industries of the State /UT having administrative control of the MSE units. State Government/UTs are requested to ensure that the MSE Facilitation Council hold meetings regularly and delayed payment cases are decided by the Councils within a period of 90 days as stipulated in the MSMED Act, 2006.

Office of DC(MSME has taken an initiative for filing online application by the supplier MSE unit against the buyer of goods/services before the concerned MSEFC of his/her State/UT. These will be viewed by MSEFC Council for their actions. These will be also visible to Concerned Central Ministries, Departments, CPSEs, State Government, etc for pro-active actions.

The scheme for setting up and operating the institutional mechanism for facilitating the financing of trade receivables of MSMEs from corporate and other buyers, including Government Departments and Public Sector Undertakings (PSUs), through multiple financiers

The TReDS facilitates the discounting of both invoices as well as bills of exchange. Further, as the underlying entities are the same (MSMEs and corporate and other buyers, including Government Departments and PSUs), the TReDS could deal with both receivables factoring as well as reverse factoring so that higher transaction volumes come into the system and facilitate better pricing.

The transactions processed under TReDS will be “without recourse” to the MSMEs.

The objective of the TReDS is to facilitate financing of invoices / bills of MSMEs drawn on corporate and other buyers, including the Government Departments and PSUs, by way of discounting by financiers.

‘’PHD Chamber of Commerce and Industry(PHDCCI) is one of the Premier Chambers in India to have been accredited with “Diamond Grade” by NABET(QCI), at national and international level.